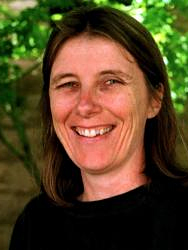 Ann O’Day Maples Professor in the Arts, Professor of Drama and of English

Phelan recently edited and contributed to Live Art in LA: Performance in Southern California, 1970-1983, (Routledge, 2012) and contributed catalog essays for Everything Loose Will Land: 1970s Art and Architecture in Los Angeles (Mak Center, 2013), Haunted: Contemporary Photography, Video, and Performance (Guggenheim Museum, 2010); WACK! Art and the Feminist Revolution (Museum of Contemporary Art, 2007); and Andy Warhol: Giant Size (Phaidon, 2008), among others. She is the Ann O’Day Maples Chair in the Arts and has been at Stanford since 2003. In 2006, she joined the English department and now holds a joint appointment in Drama and English. She is also the author of the survey essay for Art and Feminism, ed. Helena Reckitt (Phaidon, 2003, winner of "The top 25 best books in art and architecture" award); the survey essay for Pipilotti Rist (Phaidon, 2001); and the catalog essay for Intus: Helena Almeida (Lisbon, 2004).

Phelan has written more than sixty articles and essays in scholarly, artistic, and commercial magazines ranging from Artforum to Signs. These essays have been cited in the fields of architecture, art history, psychoanalytic criticism, visual culture, performance studies, theater studies, and film and video studies. She has edited special issues of the journals Narrative and Women and Performance. She has been a fellow of the Humanities Institute at the University of California, Irvine and the Australian National University. She served on the Editorial Board of Art Journal, one of three quarterly publications of the College Art Association, and served as Chair of the board. She has been President of Performance Studies International and has been a fellow of the Getty Research Institute and a Guggenheim Fellow.