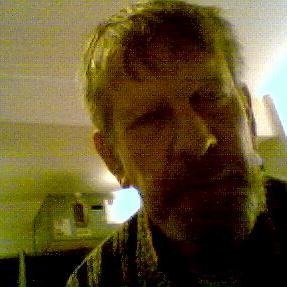 An account of my first discovery of Adorno may be unusual but may also lead straight into the heart of his thinking better than straight philosophical discussions.I came to him via my passion for…Continue

Anna Mats left a comment for Felix de Villiers
"Dear, I picked interest on you after going through your page profile and demand it necessary to write you immediately. I have something very vital to disclose to you, but I found it difficult to express myself here on community.businessmodelyou.com…"
Oct 19, 2019

I suppose that I should introduce myself here. I was born on Namibia and grew up in the last village on the railway line - in the African bush.For some reason I from an ealry age had a desire for lyrical expression in any form I discovered it. In a negelcted bottom drawer I fund the gramophone recors of so-called 'classical music and decided on my own that I prefererd this to the then prevalent pop music.My mother herself was anincarnation of lyrical being and though she became and from then on I was launched in the direction I have followed for the rest of my life.

To cut the whole story short, I think it was Stefan Zweig who coined the phrase Sternenstunden der Menscheit - meaning starry hours of mankind.. There were two particularly starry hours in my life; the one was with the music of Schuamnn and the other was my encounter with Adorno German students advised me to read Adorno and Benjamin, for them they were then fashionable authors whom they turned agains, for me muich more. But perhaps I should come back to this subject later in an Adrono discussiion.

I was never made for school studies or University and had to meander through the world in my own way, France, Germany, Britain, Portugal and Italy.. I Have written essays and don't know quite whom to to send them to.A great passion was the translation of poetry and while otherwise really modest I think I managed this pretty well.Three booklets of poetry were published in Verona.

have just completed my autobiography which is full of adventures and stgrage events. Its +-130 pages wil be too long for this forum, but I'll let you know if I find a publisher or self-publish it. There will be no charge for reading it or my beloved translations of poetry into English.

Thanks for accepting me on your forum.

Dear, I picked interest on you after going through your page profile and demand it necessary to write you immediately. I have something very vital to disclose to you, but I found it difficult to express myself here on community.businessmodelyou.com because it is a public site. Could you please get back to me to my private email contact address ( annamartins.msg@gmail.com ) so that we can discuss privately. My regards, Anna