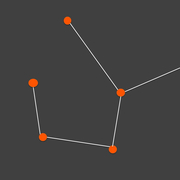 At present the blog in German www.performativephilosophie.org collects information about activities, performances and networks.

The group is connected to the German association "Expedition Philosophie" e.V. which was founded after the festival in Halle [soundcheck philosophy].

Whereas Expedition Philosophie e.V. is an organisation with official membership that organizes several events and meetings (in German speaking countries), the Internationale Gesellschaft für Performative Philosophie seeks to connect individuals working to explore this field in practical forms. Other activities will be developed.

[soundcheck philosophie] #3 – The Motions of Thinking

What kinds of motions are necessary in order to get orientated within complex ideas? Which movement of thinking do we enact, when a rationale starts to convince us and we change our own attitude? How do we move within our own thinking? How do we move while thinking? Which bodily movements do we employ in order to think? How are we moved by the thoughts of others?

In 2013 the Festival  [soundcheck philosophie] takes place fort he third time. It is hosted by the “Verein Expedition Philosophie“ and affiliated to the Philosophic Seminar of the University of Halle-Wittenberg. A small but interesting programme invites visitors to trace different movements of thinking.

[soundcheck philosophie] #3 presents a “Philosophy Lab” in which theoretical lectures and artistic performances merge. The contributions are found by an open call. Different approaches are presented and discussed. The aim is continue a vivid discussion about performative philosophy and philosophic performances.

The section “Grenzgänger” (border crossers) invites artists which are not academic philosophers but work on innovative performative approaches that investigate in philosophical issues. The festival presents approaches, which are likely to inspire new ideas on performative philosophy.

The festival is also concerned with the mediation of philosophy in different media and formats. Therefore projects like "Hohe Luft" (a magazine on philosophy), the festival "Philosophy on Stage" (Vienna, Austria), and the festival "Denkfiguren" (Dresden, Germany) are invited.

[soundcheck philosophie] also hosts a philosophy slam. This event is a further step in searching for the adequate format for a competitive philosophical event. After the collaboration with the debating club in 2011, the slam of 2013 hosts competitions in two categories: "text" and "presentation". The winners will be selected by a jury and by the audience. A "Club of Dead Philosophers" will be performed, in which living philosophers discuss as and through the reasoning of dead philosophers. Moreover Arno Böhler and Susanne Granzer show their lecture and performance "Dem Schlaf anHeimfallen". Additionally several installations and a philosophical audio guide will be presented.

Check out the full programme at www.soundcheckphilosophie.wordpress.com

// The festival language is German. For future events of [soundcheck philosophie] we are searching for volunteers to make a multi-language event possible.//

in the Nietzsche Dokumantationszentrum Naumburg / Germany

Performative Philosopy broadens the interpretation of texts, their capturing and the philosophical communication and understanding by confronting philosophy with something strange and alien. Isn't it strange if these Experiments at the interface of art and philosophy claim to take effect into the discipline of philosophy, even clam to work at the nucleus of philosophy? The conference follows the question, in what sense the confrontation and the play with strange elements support or inhibit processes of aquirement and learning philosophy. The conference changes between lectures and examples of Performative Philosophy and discussion to explore: a) the alienation, which bacomes method in the approaches of Performative Philosophy and b) the strange idea, to enhance the practice of doing philosophy by this was. Therefore examples will be introduced and reflected, also epistemic approaches envinced. We are looking for short presentations about work/ in progress at the intersection of arts and philosophy.
Participate with sketches, samples, material, experimental setups and work you would like to reopen.
We will take this material to improvise with as artists, theoreticians, researchers and hybrid identities… And what would a Wedding Session be without its guests!